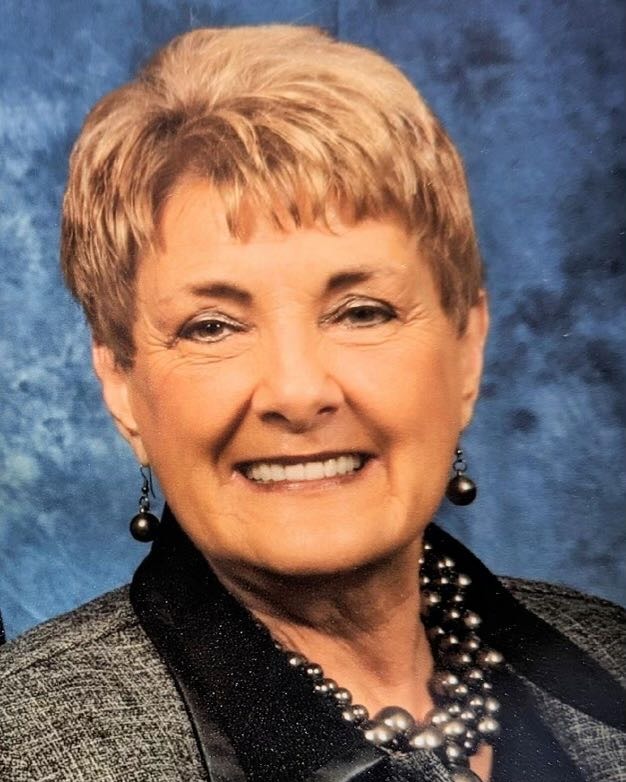 Wilma Joyce Bailey, the little girl who grew up on a strawberry farm on No Pone Valley Road in Meigs County, TN spent two decades in her later years traveling the world.  In addition to traveling to all 50 states, she explored dozens of countries, ranging from China and Russia to New Zealand and Brazil and saw many of the modern wonders of the world.

Joyce was a graduate of Meigs County High School and a member of Allen Memorial United Methodist Church.  She had an unwavering work ethic as a homemaker and later in retail and dentistry.  She was a wonderfully creative person who sewed curtains and clothes, decorated cakes, painted, made jewelry, and created a whimsical back yard.  She was also an award-winning cook.

She was preceded in death by her mother, Essie Sewell Howard, her father, Arthur “Otch” Howard, her stepmother, Eva Howard, brothers, Henry “H” Howard, Curtis “Dob” Howard, and Dean Howard, and her husband of 55 years, Charles Allen Bailey.  Her memories and life-lessons live on in her sons and daughters-in-law, Keith and Angela Bailey and Kent and Stephanie Bailey, her four grandchildren, Kaitlyn, Miller, Taylor, and Madalyn, and special friends, Geneva Petit, Joyce Grubb, and Missy Cantrell.

The family would like to acknowledge and thank the staff of the Life Care Center of Athens, who provided wonderful care for her in her final stage of life.

In lieu of flowers, the family asks that donations be made in her memory to Allen Memorial United Methodist Church, the Alzheimer’s Association, or the charity of your choice.

A Memorial Service will be held at Allen Memorial United Methodist Church in Athens, TN on Sunday, November 20th.  Receiving of friends will be 2:00 – 3:30pm, with the service beginning at 3:30pm.

A family graveside service will be held at the Chattanooga National Cemetery on Thursday, December 29th.

To order memorial trees or send flowers to the family in memory of Wilma Joyce Howard Bailey, please visit our flower store.