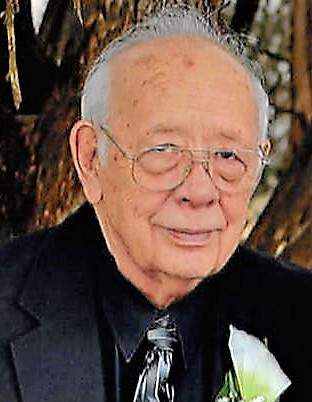 William Joe Bridges, age 86 of Riceville, passed away on April 7, 2021 at his Son's  residence.  A native of War,  West Virginia and resident of McMinn County since September 1949, he was a son of the late William Harvey and Katheryn Brown Bridges.  He was preceded in death by his wife of 59 years, Norma Joyce Sharp Bridges, a daughter, Debra Ann Bridges, Four sisters and 4 brothers.    A member of First Baptist of Athens, and the Hiwassee Lodge #188 & A.M.  He served in the U.S. Army.  He graduated from Tennessee Wesleyan College and University of Tennessee, Knoxville, beginning his teaching career in September 1959, serving as a teacher and principal at area schools including Riceville Elementary School.  He retired from teaching in Tennessee in 1989 and taught in Georgia from 1989 until his retirement in 1999.  He served as a Tennessee Secondary school softball and baseball umpire for many years.
Survivors include Son and Daughter-in-law, Steve and Judy Bridges of Athens, TN.;  A Brother, David "Butch" Ardis of Ft. Walton Beach, FL 3 Grandchildren, Nina Marie Johnson and Husband: Josh, Steven Joshua and Jenny  Bridges and William Jeffrey and Tara  Bridges; Six Great Grandchildren: Evan Johnson, Myles Johnson, Wiley Johnson, Reed Bridges, Grant Bridges, and  Sullivan Bridges. Extended Family Benny Wood, Joe Ingram, Johnney Dorsey, and Paul McMillian several nieces and nephews.
Funeral Services will be 8:00 P.M. Friday in the Chapel of Laycock-Hobbs Funeral Home with Dr. Craig Riley officiating.  Graveside Services will be 10:00 A.M. Saturday in Cedar Grove Cemetery with military honors.  The family will receive friends from 6-8 Friday in the funeral home  Due to Covid-19 precautions, masks and social distancing are requested.  Those unable to attend may leave condolences at www.laycock-hobbs.com/Joe-Bridges. Laycock-Hobbs Funeral Home , Athens, Tn. in charge of arrangements.

To order memorial trees or send flowers to the family in memory of William Joe Bridges, please visit our flower store.