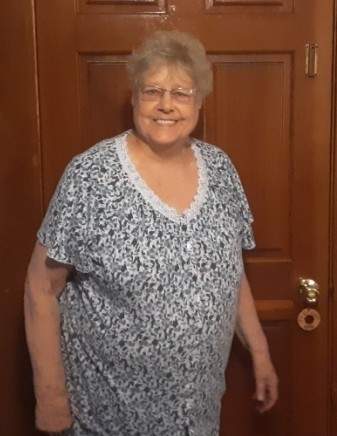 Sylvia Jean Jackson Ingram, 81, went home to be with her Lord and Savior on Saturday, January 9, 2021 peacefully at her home.  A native of Athens and the Tranquility Community, she was a life-long resident of McMinn County, where she enjoyed working in her flowers, loving her grandchildren, and spending as much time as possible with the family she truly loved.
She was the daughter of the late Ira "Biggen" Jackson and Margie Elkins Jackson.  She was preceded in death by an infant daughter, Samantha Ann Ingram; another daughter, Shelia Jean Ingram Price; one brother, Glen Jackson; one sister, Sara Robinson and one sister-in-law Doris Rose Jackson.
Sylvia leaves behind to cherish her memory her husband of 63 years, Clyde Ingram of Athens; her daughter, Tabitha and Chris Seagle of Hickory, NC; her son, Randy and Kathy Ingram of Athens; her grandchildren who were the light of her world JR Moss of Omaha, Nebraska; Cheyenne Lail of Hickory, North Carolina; and Taylor Layman of Athens, Randal Bryan Ingram Stout and Amelia Ingram Sawyer of North Carolina; one great-granddaughter who she enjoyed facetiming, Aurelia Moss of Omaha, Nebraska; and two additional grandchildren to love Drew Layman and Megan Layman of Athens.
She was also survived by a big loving family, one brother Rev. James and Linda Jackson of Athens; one sister Ellen and Dick Collins of Kansas; a brother Charles and Sandra Jackson of Athens; a sister Faye McHone Wood of Decatur; a sister, Phyllis and Kenneth Hale of Decatur; a brother, Steve and Judy Jackson of Athens; a brother, Tony and Linda Jackson of Athens; a sister-in-law Emma Lee Derrick of Englewood; one sister-in-law Linda Jackson; and several nieces and nephews that she loved.
Family will receive friends from 1 to 3:30 pm, Tuesday, January 12, 2021 at Valley Road Baptist Church, with funeral service starting at 3:30 and burial immediately following the service at Valley Road Baptist Cemetery, with the Rev. David Coffman officiating with her nephews serving as pallbearers.
The family would like to extend a special thank you to the kind nurses and staff at Hospice of Chattanooga for the wonderful help in our biggest time of need.
Laycock-Hobbs Funeral Home is in charge of the arrangements.

To order memorial trees or send flowers to the family in memory of Sylvia Jean Ingram, please visit our flower store.