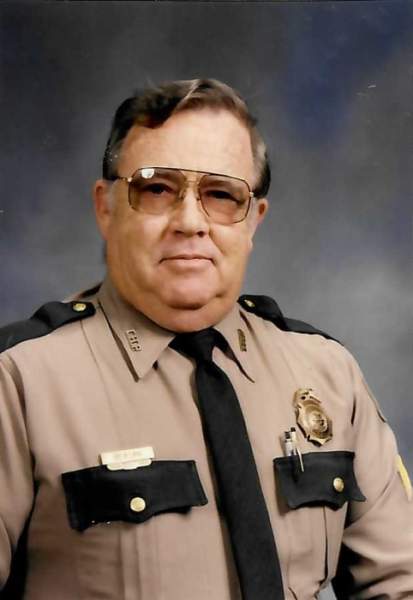 SOLOMON "SOL" REAGAN II,  age 78 of Athens, Tn. left this earth for his heavenly home on Tuesday, April, 21. 2020 at his home. He was born in Jamestown, Tenn. to the late  Amon "Bear" and Nena Alice Delk Reagan and preceded in death by infant brother and Daughter: Christina Jo Reagan Burris. He was raised on a farm throughout his childhood and told stories of how he had to milk cows before school, then walked a mile and half to school He graduated from Alvin C. York Agricultural Institute in 1959 also in 1959 he married the love of his life Emily JoAnn and celebrated 60 years of Marriage Aug. 24, 2019. During his first years of marriage he worked in a chicken house and very early he decided that wasn't for him. He then went to work in Nashville at Wethern Bag staying throughout the week and spending weekends at home. Sol began his career in law enforcement with the Fentress County Sheriffs office in Sept. 1968 until June 1969. He joined the Tennessee Highway Patrol on June  23, 1969.  The job took him to Hamilton County from 1969 to 1972. An opening came up in McMinn County so he brought his family here. Promoted to Sgt. on
Dec. 16, 1981  serving  McMinn, Bradley and Polk counties. He was then promoted to Lt. on Oct. 1, 1995  serving McMinn, Meigs,  Bradley, Polk and Rhea counties. Sol had the utmost respect for the badge he wore, also his fellow officers that served with and for  him. His career gave him the opportunity to serve the state in many ways. Two fond memories for him were escorting and talking with President Ronald Reagan in 1985.  The other was covering the venue for the 1996 Olympics in Polk County on the Ocoee River, he also escorted them to Atlanta. He meet many people throughout his career and always enjoyed talking with them. After retirement from the State on Jan. 1, 2002  he worked for A & J Body Shop from 2002 till 2019.
Survivors: Wife of 60 years plus Emily JoAnn Smith Reagan of Athens, Tenn., Daughter: Cheryl Reagan of Athens, Tenn. Son and Daughter-in-law: Danny and Wanda Reagan, Grandchildren: Christy and John Crisp of Donaldsonville, Ga. Melissa Reagan, Travis and Heather Reagan, Alison and Bobby Mason and Adam Burris of Athens, Tenn., Great Grandchildren: Michael and Patricia Crisp, and Stetson and Gunner Mason.
A Private Graveside service will be held at Taylor Place in Jameston, Tenn. Family and friends may call at the funeral home from 2-8 Friday. Memorial contributions may be made to Athens Nazarene Church, 1908 West Madison Ave., Athens, Tenn. 37303. Condolences may be sent to www.laycock-hobbs.com/notices/Solomon-Reagan. Laycock- Hobbs Funeral Home, Athens, Tenn. in charge of arrangements.

To order memorial trees or send flowers to the family in memory of Solomon "Sol" Reagan II, please visit our flower store.