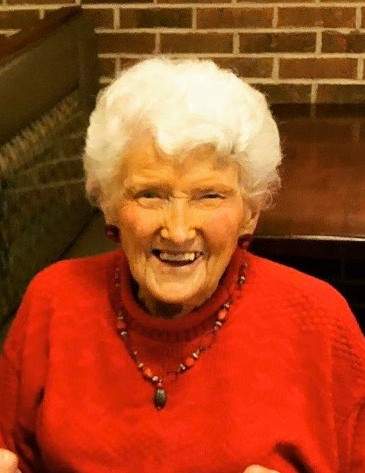 Ruth Alice Ward Walsh age 95 of Athens, passed away Thursday, May 7, 2020 at her residence. A native of Sugar Grove, NC and resident of Athens most of her life, she was the daughter of the late Alfred Council and Millie Trivette Ward. She was a member of First Baptist Church of Athens where she was involved in W.M.U. and teaching sunday school to high school girls. She was a former employee of McMinn County High School where she worked as the secretary for more than 25 years and she often spoke fondly of the numerous students who worked alongside her as "office assistants."  She loved  gardening and flowers and was a member of the Ingleside Hills Garden Club. She was preceded in death by her husband Lester James Walsh (Janurary 18, 2017). Albert Ward, Grayson Ward, and infant brothers Alfred Ward and John Henry Ward; Sisters Lizzie Combs, Bonnie Gilday,CeliaTrivette, Betty James and sister who passed as a child Annie Ward.
Survivors;
Three sons and daughters-in-law;
Randall and Rhonda Walsh of Cleveland, TN
Roger and Gail Walsh of Athens
Steve and Penny Walsh of Knoxville
Seven grandchildren; Aaron Walsh, Amanda Williams, Angela Rayburn, Holly Walsh, Nick Walsh, Megan Thomas and Caitlin Brock. Twenty four great-grandchildren. Several nieces and nephews.
Sister, Shirley Madeline Ward of Lenoir, N.C. and sister-in-law; Thelma Ward
of Sugar Grove , NC
A private graveside service will be Monday, May 11, 2020 at Cedar Grove Cemetery with the Rev. Bill Henard officiating. A Celebration of Life Service will be announced at a later date.Those unable to attend may send condolences to www.laycockhobbs.com/notice/Ruth-Walsh   In lieu of flowers, donations may be made to Samaritans Purse www.samaritanspurse.org Laycock-Hobbs Funeral Home will be in charge of the arrangements.

To order memorial trees or send flowers to the family in memory of Ruth Alice Walsh, please visit our flower store.