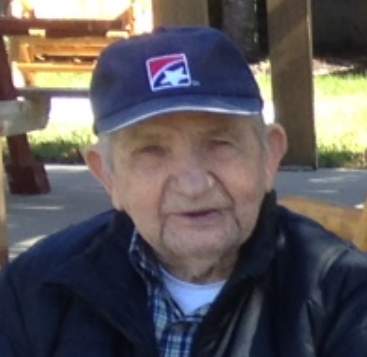 Raymond Cecil Lane, age 90, passed away on Saturday July 13, 2019 at the Ben Atchley Tennessee State Veterans Home after suffering a stroke.   Cecil was born on January 31, 1929 and was raised in the Sanford, Tennessee community.  The son of tenant farmers James Lyde Lane and Rosa Viola Miller Lane, he and his brothers and sisters were raised on hard work, spending long hours helping out in the fields and around the house.  Cecil is preceded in death by his parents, and siblings James Curl Lane, William “Billy” Lane, Tommy Lane (Jean), Joe Lane (Shirley), Dewey Lake Lane, Lila Grace Philpott (Charles), and Elma Ruth Lane.
Cecil served in the United States Navy from 1947-1950 and spent time abroad, and working on ships at the Norfolk Naval Shipyard.   After returning to Tennessee, Cecil worked at Hardwick Stove Company in Cleveland.   After retirement he enjoyed searching for tools and treasures at local flea markets and sharing his finds with his siblings and friends.  In his later years, he spent time living with his brother Joe in Cleveland before moving to Georgia with his sister Lila Grace and her family.
Cecil is survived by sisters-in-law Reba Lane (Billy) and Nola Jean Lane (Dewey), many nieces and nephews, and other family members.  Cecil’s nieces and nephews remember Cecil’s smile, quiet temperament, and his inability to complain or ask for anything.   The family would like to thank Cecil’s caregivers at the Ben Atchley Tennessee State Veteran’s home and especially Cecil’s niece Renee Baker and her husband David who were Cecil’s primary caregivers prior to his move to the Ben Atchley Veterans home.  Cecil's remains will be interred at the Calhoun First Baptist Church Cemetery with graveside services at a later date.

To order memorial trees or send flowers to the family in memory of Raymond Cecil Lane, please visit our flower store.