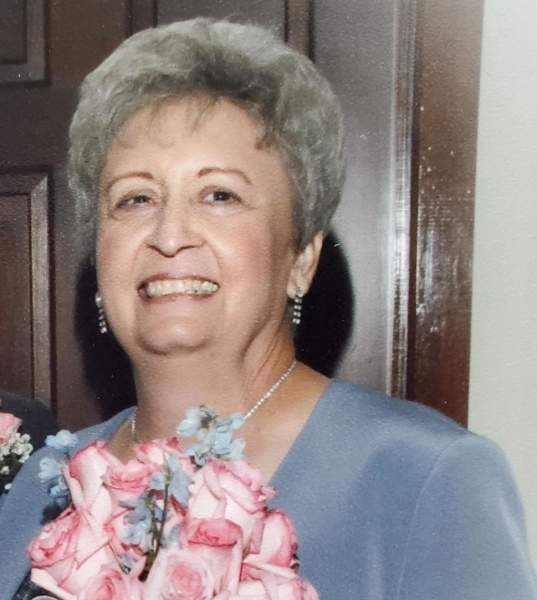 Lynn Brady Hamilton Hamblin, age 75, of Niota passed away at U.T. Medical Center. A life-long resident of McMinn County, she was a daughter of James Bascom and Mattie Lou Clark Brady, and preceded in death by her late husband, Brad Russell Hamblin and first husband and father of her children, William Bradford "Bill" Hamilton, granddaughter, Elise Hamilton, brother-in-law, Riley Robert "Bob" Ballew.
She was a member of the First Baptist Church of Niota, where she had served as Church Clerk for more than 30 years, had held various leadership postitions and had taught Sunday School Classes.  She was a former owner of Appraisal Services of East Tennessee and was a retired employee of Athens Federal Community Bank, where she was Property Appraiser for 20 plus years and was a licensed Real Estate Broker.  She was a member of American Society of Appraisers, a former member of the Board of Directors for the McMinn Senior Center and served on the 1976 Centennial Committee for McMinn County.
She was a member of A.B.W.A of the Ft. Loudon Charter Chapter District, serving as President, Secretary, and as chairman of various committees.  She was elected Business Woman of the Year two times.
She was a former member of the Niota Lions Club, where she had served as President, Secretary, was Lion of the Year, District 12-0 Secretary, and member of the East Tennessee Lions Eye Bank, having served on the Board of Directors.
Survivors, daughter and son-in-law, Dale Elizabeth and Robert Todd Harris of Athens; son and daughter-in-law, David Bradford and Emily Hamilton of Rochester, New York; five grandchildren, Tanner (Maddie) Harris, Sydney Harris, Jessi Harris, Will Hamilton and Elaina Hamilton, One great-granddaughter, Harper Harris and sister  Shirley Ballew of River View, Florida.
Funeral services will be 7 pm Wednesday, July 13, 2022 in the chapel of Laycock-Hobbs Funeral Home with the Rev. Mike Farmer officiating. The graveside service will be 10 am Thursday, July 14, 2022 at Niota Cemetery. The family will receive friends from 5-7pm Wednesday before the service at the funeral home. In lieu of flowers, contributions may be made to First Baptist Church of Niota P.O Box 503 Niota, TN 37826; Also McMinn Living Heritage Museum 522 West Madison Avenue Athens, TN 37303 , Those unable to attend may send condolences to www.laycockhobbs.com/obituaries/Lynn-Hamblin  Laycock-Hobbs Funeral Home will be in charge of the arrangements.

To order memorial trees or send flowers to the family in memory of Lynn Brady Hamilton-Hamblin, please visit our flower store.