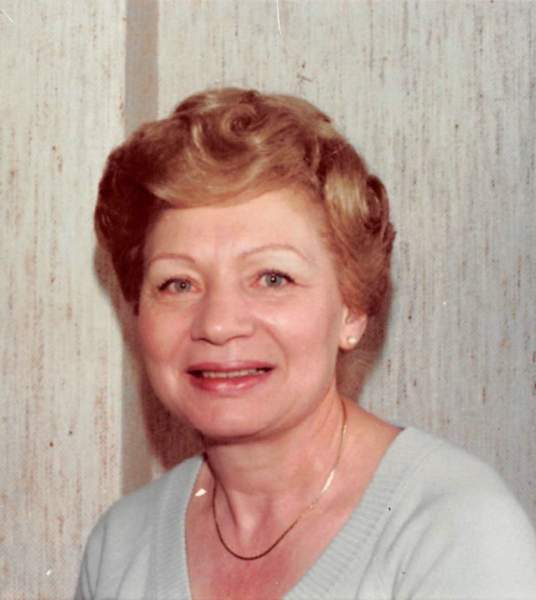 Ludwina "Jenny" B. Jeffreys age 93 of Athens, passed away Thursday, June 30, 2022 at her residence. An native of Augsburg, Germany and resident of Knoxville and then McMinn County since 1974, she was the daughter of the late Alfons and Franziska Blasaditisch. Jenny worked for the U.S. government for 8 years before immigrating to the United States in 1956. She became a U.S. citizen in 1959. After moving to Athens, she managed the Town and Country Apartments for 32 years before retiring in 2011.She was preceded in death by two sons, Reinhard Blasaditisch, and Andrew Jeffreys.
Survivors;
Husband of 64 years, Frank Jeffreys of Athens; son and daughter-in-law, DeVaughn and Jane Jeffreys of Athens. Grandchildren, Adrian, Andreas, and  Stefan Blasaditisch, Melanie Jeffreys, Drew Jeffreys, Amber (Craig) Breeden;
Sister, France Maier and husband Adi; and brother, Werner Blasaditisch and wife Petra. Great grandchildren: Makenzie, Beau, Jase, Braiden, Mena, Levi and Archer.
Funeral services will be 7:00 pm Wednesday, July 6, 2022 in the chapel of Laycock-Hobbs Funeral Home with the Rev. Dr. Bill Henard officiating. The burial will be11am Thursday, July 7, 2022 at Oak Ridge Memorial Park. The pallbearers will be Chris Harbin, Brent Harbin, Craig Breeden, Sean Bulow and Beau Harbin. The family will receive friends from 5-7pm Wednesday before the service at the funeral home. In lieu of flowers contributions may be made to First Baptist Church of Athens Building Fund 305 Ingleside Ave. Athens, TN 37303. Those unable to attend may send condolences to www.laycockhobbs.com/obituariesLudwina-Jefferys Laycock-Hobbs will be in charge of the arrangements.

To order memorial trees or send flowers to the family in memory of Ludwina Jeffreys, please visit our flower store.