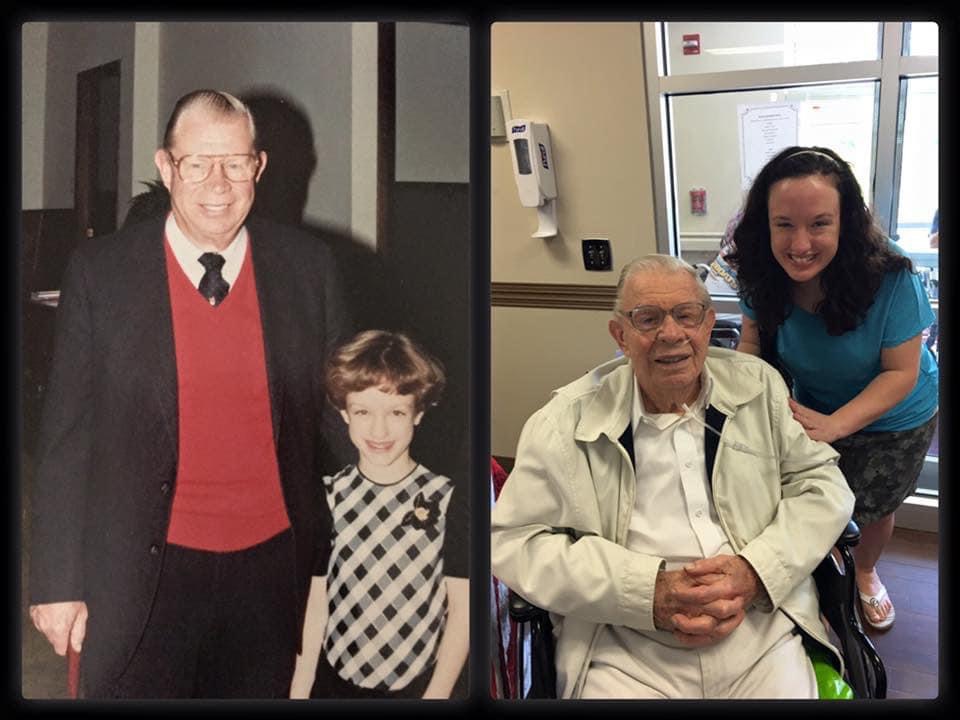 Rev. John McKenzie Smith 93 of Niota, TN went home to be with our Lord Jesus Christ on January 1, 2021 at Starr Regional Health and Rehab Center, Etowah, TN where he made many friends just as he did during his years of ministry.  In John's own words, he wanted to be remembered as: "One who loves The Lord, His people, and all His creations."  John had a love for the outdoors and enjoyed hunting and fishing.  He was a loving son, brother, husband, father, grandaddy and great-grandaddy;  John fought a good fight, kept the faith and finished the race as God had planned for him.  He remained with a happy heart, joyful spirit, and a positive influence on many people his entire life;  he knew that God was with him every second in life and in his death.  John was a member of Chestua Baptist Church, Madisonville, TN.  He was preceded in death by his loving wife of 66 years, Betty Bernice Bivens Smith, who went home to be with The Lord on November 22, 2013 and also preceded in death by three brothers:  Otie Benjamin Smith, David Lafayette Smith and Edward Franklin Smith and one brother-in-law, Jimmie Lee Everett.
Leaving those to cherish his memory are two daughters:  Janice Fay Smith Hembree and husband, Lee Roy Hembree, of Englewood;  Sandra Kay Smith Cantrell and husband, Larry Cantrell of Ardmore, TN;  and one son Donald Ray Smith and wife, Jo Williams Smith of Jefferson City, MO.  Six grandchildren:  Jeff Hembree and wife, Beverly Kay Murr Hembree of Englewood;  Jeremy Hembree, of Englewood;  Sherry Cantrell Huddleston and husband, Jason Huddleston, of Elkmont, AL;  Scott Cantrell and wife, Holly Barton Cantrell, of Nashville;  Kyle Smith and wife, Amanda Dochterman Smith of Bolivar, MO; and Ryan Smith of Mountain View, MO.  Nine great-grandchildren:  Bethany Hembree Stokes and husband, Hunter Stokes of Niota;  Whitney Hembree of Englewood, Zeke Hembree of Englewood;  Ariel and Jasmine Huddleston of Elkmont, AL;  Monica, Seth, Luke, and Toby Patterson and Charity Smith of Bolivar, MO;  One sister:  Dorothy Margaret Smith Everett of Maryville;  and two brothers:  Wesley Earl Smith and wife, Nancy Jeanette Shultz Smith of Oak Ridge, TN;  and Fred Leon Smith and wife, Gail Spence Smith of Knoxville.  Three sisters-in-law, Mrs. Otie (Betty Lou White)Smith of Maryville;  Mrs. David (Ann Frances Gooden)Smith of Knoxville;  and Mrs. Ed (Denise Darcell Dannaway) Smith of Knoxville, several nieces, nephews and extended family and friends.
John was a native of Maryville, TN in Blount County.  He was born July 30, 1927 to the late Izola Mae Sentell Smith and Rev. Gather Blennie Smith and grew up on a farm with six siblings.  He attended elementary school in Maryville, graduated from Everett High School, where he enjoyed playing football.  He joined the U.S. Navy and after basic training at the Great Lakes Naval Academy, he served on the USS Saratoga and was later stationed on the Island of Guam during WWII.  He returned home upon Honorable Discharge to marry his beloved wife, Betty Bernice Bivens Smith, on October 1, 1947.  After surrendering to the call to preach, he was ordained April 1953 as a Baptist Minister at his home church of Piney Level Baptist Church in Maryville.  During his ministry he held many Bible Schools with the help of his supportive wife, Bernice, preached many revivals both local and out of state.  He was the Moderator of the Sweetwater Baptist Association, as well as the Moderator of the Sevier Baptist Association.  Rev. John M. Smith pastored the following churches:  Rocky Branch Baptist Church, Maryville, TN-1953;  Chestua Baptist Church, Madisonville, TN-1956 (while pastoring Chestua Baptist Church, John returned to continue his education and graduated from Carson Newman College in 1958);  First Baptist Church, Tellico Plains, TN-1959;  Piney Grove Baptist Church, Maryville, TN-1961;  Antioch Baptist Church, Athens, TN-1969;  Galilee Baptist Church, Knoxville, TN-1979;  Pioneer Missions-South Dakota 1979-1986, First Baptist Church, Webster, SD;  Bradley Baptist Church, Bradley, SD;  and First Baptist Church, Sisseton, SD (this church was located on the Sioux Indian Reservation).  Some member of Antioch as well as other churches came to SD to help on the construction of a new church building in Webster, SD.  After returning to Tennessee from South Dakota, John pastored Knob Creek Baptist Church, Sevierville, TN-1986;  and Mt. Zion Baptist Church, Loudon, TN-1993.  He then retired in 1996 and relocated to Niota, TN in 1997.  Bernice said he didn't retire he just retreaded since he continued preaching as Interim Pastor to the following churches:  Murray Chapel Baptist Church, Sweetwater, TN;  Chestua Baptist Church, Madisonville, TN;  2nd time Murray Chapel Baptist Church, Sweetwater, TN;  2nd time Chestua Baptist Church, Madisonville, TN; and Antioch Baptist Church, Athens, TN.
In Lieu of flowers, the family requests you make memorial contributions to the church or charity of your choice.  John's family would like to Thank Wallace Stutts, all the staff, Nurses, and Doctors at Starr Regional Medical Health and Rehab for all their kindness and loving hands  freely given to him during his time of care.  The family extends a special thanks to Dr. Nathan Trentham for his devotion and care of Rev. John M. Smith.
There will be a 2:00 pm graveside service Tuesday, January 5, 2021at Eastanallee Cemetery in Riceville, TN with the Rev. Don Smith and Rev. B.J. Wall officiating.  Social distancing will be encouraged at the cemetery. Those unable to attend may send condolences to www.laycock-hobbs.com/notices/John-Smith.  There will be a live streaming or recording made if you wish to view the service.  Laycock-Hobbs Funeral Home in Athens is in charge of the arrangements.

To order memorial trees or send flowers to the family in memory of John McKenzie Smith, please visit our flower store.
Send a Sympathy Card