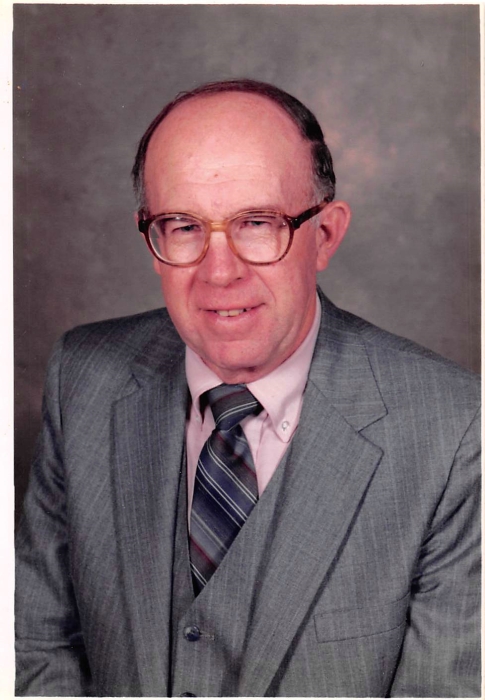 George Ross Harrod, age 89 of Etowah, passed away Friday, February 5, 2021 at his residence.
A native of Athens and current resident of Etowah he was the son of the late George and Lou Ella Elliott Harrod.
A graduate of McMinn County High School and later of Georgia Tech with a Bachelor of Industrial Engineering, he was a veteran of the US Army having served during the Korean War.
A faithful member of the Church of Christ he served as a Sunday School teacher, deacon, youth director and had served as Elder of East Brainard Church of Christ and was currently serving as Elder for the Athens Church of Christ.
He also served as a Cub Scout Leader while in Macon, GA.
He was a Little League Baseball Coach having coached the Bombers and the Twins while in Chattanooga.  The Bombers won their division and tied for the league championship and the Twins also won their division and the league championship.  Ross then coached the Allstar Team twice.
He was a former employee of Southern Railroad for 10 years and was retired from Southern Wood Piedmont after 23 years of service and following his retirement he moved back to Athens to care for his mother and was employed with H&R Block.
Survivors:
He celebrated 63 years of marriage to his dearly loved wife, Carolyn on February 1, 2021.
He was a devoted father to Amy and David and his daughter-in-law Renee and was a loving Grandfather to his very special grandson, Ryan.
One sister and brother-in-law, Imogene and Bill Torbett.
Funeral Services will be 2:00 PM Sunday, February 7, 2021 in the chapel of Laycock-Hobbs Funeral Home with Minister Mark Littleton officiating.  Interment will follow in Cedar Grove Cemetery.  Active pallbearers will be members of the Athens Church of Christ.
The family will receive friends from 1-2 PM Sunday prior to the service at the funeral home.  Those unable to attend may send condolences to www.laycock-hobbs.com/notices/George-Harrod.  Laycock-Hobbs Funeral Home in Athens is in charge of the arrangements.

To order memorial trees or send flowers to the family in memory of George Ross Harrod, please visit our flower store.
Send a Sympathy Card