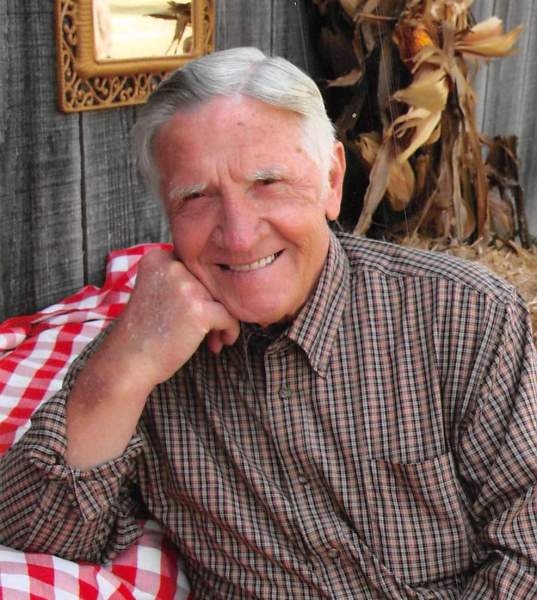 Gene Dunn, age 86 of Athens, departed this life to his heavenly home on Sunday, April 17, 2022.  He had been surrounded by his greatest loves in life (his wife, children, grandchildren, great grandchildren, extended family and numerous friends) until his departure.  He never met a stranger, had a joke for everyone, and was a hard-working, dedicated, kind hearted, loving family-man.  He had a smile for everyone and was most proud of his loving family.  A native of Benton, TN, he spent most of his 86 years as a resident of McMinn County in Athens.  He was of the Baptist faith and was a member of Clearwater Baptist Church.  Gene was a United States Army Veteran and proudly served in the military during the Korean War.  He was proud to be able to say he served his country.
Gene was a machine technician in the hosiery mill industry at Athens Hosiery for 50 years until he retired at 73 years of age.  He loved tractors and enjoyed numerous hobbies including camping, eating with his wife and friends at the Gondolier, restoring old automobiles, and most of all spending time with his family.
Gene is preceded in death by his father, Arthur Dunn, mother, Mary Dunn, three sisters, Mildred, Bonnie and Ruby, three brothers, Leroy, Vance and an infant brother.
He is survived by his loving wife of 56 years, Helen Dunn of Athens, TN; his son and daughter-in-law, Mike and Cathy Dunn of Athens, TN; his daughter and son-in-law, Lacey and Chris Lee of Cary, NC; grandson and wife Jason and Jordan Dunn; great-grandson, Bryson Dunn; granddaughter and husband, Tiffany and Travis Cunningham; great-grandson, Truett Cunningham; and grandson, Cory Hyde, as well as numerous nieces, nephews, great nieces, great nephews and extended family.
A graveside service with military honors will be 11:00 AM, Thursday, April 21, 2022, at Pond Hill Cemetery with the Rev. David Walden officiating.  Pallbearers will be Perry Culberson, Joe Culberson, Jerry Culberson, Keith Boggus, Dale Wallace, Troy Culberson and Ricky Dunn.  The family will receive friends from 5-7 Wednesday, April 20, 2022, in the chapel of Laycock-Hobbs Funeral Home.  Those unable to attend may send condolences to www.laycockhobbs.com/obituaries/Gene-Dunn <http://www.laycockhobbs.com/obituaries/Gene-Dunn>
The family requests that masks be worn during the visitation.
Laycock-Hobbs will be in charge of arrangements

To order memorial trees or send flowers to the family in memory of Gene Dunn, please visit our flower store.