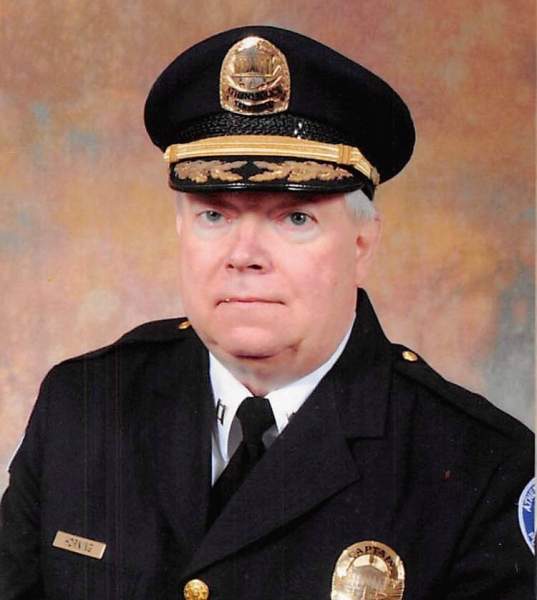 Frank Edward Horning, 72 of Athens, passed away Tuesday, August 10, 2021 at Ft. Sanders Regional Medical Center. He was born in Morristown, NJ on February 17, 1949 to the late Paul and Doris Loree Horning and was raised in Greystone Park, Parrsippany, NJ. His Father was of the Mennonite faith, Frank and his 2 siblings were raised in the Presbyterian Church by their mother. He was preceded in death by his sister, Shirley Elizabeth Horning Gaudioso, and his Father and mother-in-law, Jim and Sue Clark.

Frank was a graduate of Parsippany High School in 1968, Tennessee Wesleyan College in 1975 and was a member of the PI KAPPA PHI fraternity, TN Law Enforcement Training Academy in Donelson, TN in June of 1976 and Rider College in 1977.
He taught the Police relations class at McMinn County High School from 1979-1981, where he also served under Coach Phelps as the assistant baseball coach.
He was a former member of the Greystone Park, NJ Fire Department, where he served as a firefighter/Lieutenant and the Morris Minute Men, Morris Township and NJ rescue squads. He was also a 1986 Charter Member of the Tennessee Law Enforcement Training Officers Association, served on the McMinn County Youth Services Board and the TWU Alumni Board.
After 38 years of service he retired as the Administrative Captain of the Athens Police Department.
Frank enjoyed his retirement by watching old westerns along with other tv shows, petting his furbabies: Takoda, Bailey, Abby, Asher, Rusty and Jax and was know as the "Candy Man" and "Candy Cop" because he passed out candy to everyone he came in contact with and he took pride in making sure that if he didn't have the candy they wanted on hand he would have it the next time he saw them.
Survivors:
Wife of 9 years, Suzan Clark Horning;
2 daughters and son-in-law, Kimberly Bennett and Stephanie and Jerod Richeson all of Athens;
1 brother, Thomas Charles Horning of Athens;
4 grandchildren, Katelyn Bennett, John "Bubba" Bennett, James "Bull" Bennett and Madelyn "Jersey" Richeson.
Sisters-in-law and brothers-in-law, Christy Clark and Chris Johnson of Maryville; Matt Clark of Athens, and Nick Gaudioso.
Nephew, Nicky Gaudioso;
Nephews-in-law and nieces-in-law, Jarrod and Christina Cooper of Knoxville, Mikayla Cooper of Maryville and Callie Clark of Athens.
Great niece-in-law, Morrigan Cooper of Knoxville;
Special Aunt -in-law and Uncle-in-law; Brenda and Mike Luethke.
The family would like to express a very special thank you to Fort Sanders Regional Medical for their excellent care of Frank during this difficult time.
Graveside services will be 11am Saturday, August 14, 2021 at McMinn Memory Gardens with Chaplain Dwight Williams officiating. The family will receive friends from 4-7pm Friday, August 13, 2021 in the chapel of Laycock-Hobbs Funeral. Memorial Contributions may be made to TWU Advancement office 204 East College St. Athens 37303 . https://www.tnwesleyan.edu/alumni-friends/ways-to-...

Those unable to attend may send condolences to www.laycock-hobbs.com/notices/Frank-Horning. Laycock-Hobbs Funeral Home in Athens is in charge of the arrangements.

To order memorial trees or send flowers to the family in memory of Frank Edward Horning, please visit our flower store.