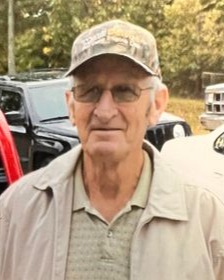 Charles E. Anderson, age 84 of Athens passed away Thursday, September 8, 2022 at Erlanger Medical Center of Chattanooga. A native of Madisonville and a  resident of  McMinn County for the past 25 years, he was the son of the late Earl and Janie Mae McDaniel Anderson. He was retired from Duracell and served in the U.S. Army during the Korean War. He was a well known carpenter and was preceded in death by his daughter, Kathy Arwood; and  one sister Barbara Butler.
Survivors,
Wife of  25 years, Violet Anderson of Athens; one son, Randy Anderson of Madisonville, one daughter and son-in-law, Sandy and Estes Bowers of Madisonville. Two step-children and spouses, Doug and Rose Farner of Athens and Cindy and Roger Moore of Decatur. Nine grandchildren and several great grandchildren. One brother, Doug Anderson of Madisonville; one sister, Roxie Isbill of Madisonville; brother-in-law, Melvin Buckner of Madisonville; Very special friend and coworker, Roy Summey of Madisonville. Several nieces and nephews.
Graveside services will be 11:00 am Tuesday, September 13 2022  at McMinn Memory Gardens. The pallbearers will be friends.  The family will receive friends from 3-5 pm Sunday, September  11, 2022 in the chapel of Laycock-Hobbs Funeral Home.
Those unable to attend may send condolences to www.laycockhobbs/obituaries/Charles-Anderson  Laycock-Hobbs Funeral Home will be in charge of the arrangements.

To order memorial trees or send flowers to the family in memory of Charles Anderson, please visit our flower store.