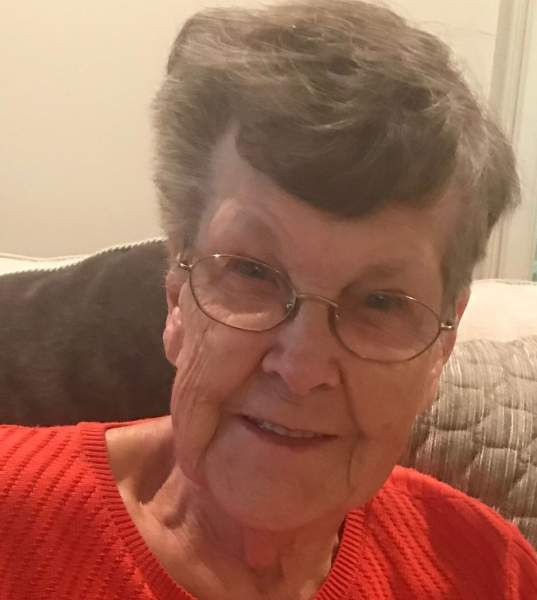 Alva Sue Farr, of Niota, TN , passed away peacefully at NHC in Athens on Thursday, November 11, 2021. Sue was always active and had several hobbies, such as sewing, gardening, canning and cooking. She was also a devout Christian and had an unwavering faith in God. She had a special and unique bond with each and every member of her large and ever-growing family and will forever be remembered as a beloved and devoted mother, sister, grandmother and friend to all. She was a former resident of Calumet City, Il. and has been a resident of McMinn County for 40 years and was a member of North Athens Baptist Church.
Sue was preceeded in death by her husband, Ernest Farr; mother, Grace Lee McInturff Dyer; Great Grandson: Joseph Farr sister and brother-in-law, Geretta and Bernie Gentry; and brother-in-law, J.C. Costner Brother-in-law: Dock Stinnett. Father-in-law and Mother-in-law:Ola and Pearl Costner Sister-in-law: Lena Costner Niece: Kathy Costner. She was survived by her son and wife Ron and Jonnie Farr, son and wife, Don and Kim Farr, son and wife, Jim and Rose Farr, son and wife Jeff and Vanessa Farr and a daughter and husband Debbie and Rickey Hill. She is also survived her sister, Florence Stinnett, and her brothers-in-law Clifford and Halleen Costner and R.B. Costner. Sue also had several adored grandchild including Jennifer Farr McDaniel, Eric and Sarah Farr, Andrew Farr, Jacob and Jackie Farr, Jason and Ginger Farr, Justin and Jenny Farr, Brandon and Claudia Farr, Macayla and Trent Ledford, Stephen and Jess Farr, Amber Farr, Clarissa and Jake Clarkson, Sarah Hill Burton, Ernie and Kristin Hill, and Veverly and Mike Manzo. She also had 25 great-granchildren and 2 great-great grandchildren. Several neices and nephews and several loving foster children.

Funeral services 7:00 P.M. Thursday November 18, 2021 in the Chapel of Laycock-Hobbs Funeral Home with Pastor Brandon Farr officiating. Interment will be 11:00 A. M. Friday November 19, 2021 in Pond Hill Cemetery. Active pallbearers will be Stephen Farr, Ernie Hill, Jacob Farr, Jason Farr, Andrew Farr and Justin Farr. The family will recieve friends from 5-7 Thursday at the funeral home prior to the service. Condolences may be sent to www.laycock-hobbs.com/notices/Alva-Farr Laycock-Hobbs Funeral Home, Athens, Tenn. in charge of arrangements.

To order memorial trees or send flowers to the family in memory of Alva Sue Farr, please visit our flower store.