Celebration of Life vs. Traditional Funeral

A funeral usually occurs a few days after death. The traditional funeral consists of a visitation that occurs the day or night before the service, the funeral service itself, and the graveside committal service.

Funerals are often led by a religious leader, and may include hymns, prayers, and scripture readings. They typically follow the same formal pattern, and most services use very familiar readings and speeches. Following the funeral service, there is often a funeral procession and graveside service during which the casket and body are lowered into the final resting place.

A celebration of life, however, is a much less formal event in the sense that there is no traditional or typical procedure. For one thing, the celebration can occur at any time: be it within a couple of days of death, or a week, month, or even years afterward. Celebrations of life are rarely religious events, there is no traditional service, and they are often guided by a celebrant—which can be a friend or family member—rather than a religious leader. The celebration often focuses on story-telling, remembrance, and honoring the life of the one who’s been lost. There’s no right or wrong way to host a celebration of life, which often involves things like movies, music, slideshows, food, and toasts. 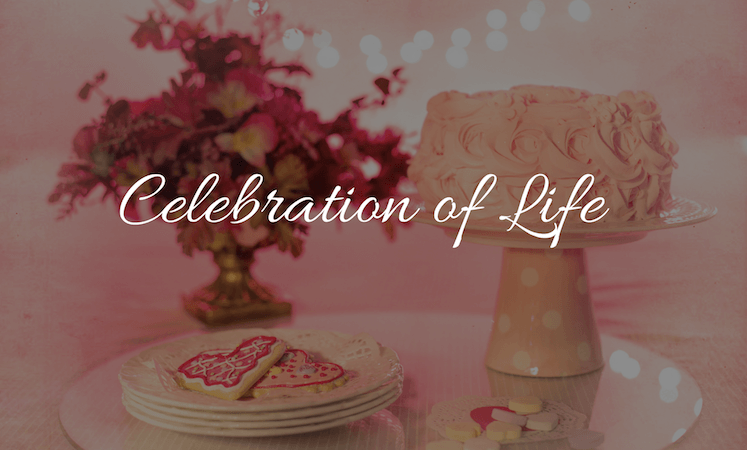